Official websites use .gov
A .gov website belongs to an official government organization in the United States.

Between Public and Private Mobility: Examining the Rise of Technology-Enabled Transportation Services

Straight from the Source

Neil Pedersen, executive director of the Transportation Research Board (TRB), discussed TRB’s policy study Between Public and Private Mobility: Examining the Rise of Technology-Enabled Transportation Services, which was released on December 11, 2015. 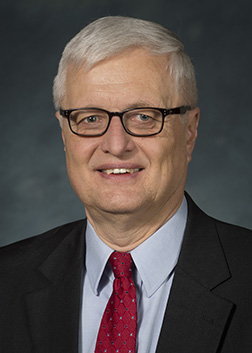 Neil Pedersen became executive director of TRB in February 2015. In that role, he provides executive direction and leadership to TRB’s technical activities, including its annual meeting of over 12,000 transportation professionals, its more than 200 technical committees, its conferences, and its publications; its peer-reviewed policy consensus studies; its multimodal cooperative research programs; and operation of the second Strategic Highway Research Program (SHRP2) naturalistic driving study safety database.

From 2012 to 2015, Pedersen was deputy director for Implementation and Communication for SHRP2. In that role, he led TRB’s efforts to ensure that the products of the $218 million SHRP2 research program will be used by state DOTs, MPOs, local governments, resource agencies, and other implementation agencies.

Pedersen spent 29 years at the Maryland State Highway Administration, where he served the last 8 years as administrator and Governor’s Highway Safety Representative. Prior to that, he was both deputy administrator and director of the Office of Planning and Preliminary Engineering.

Over his career, Pedersen has been involved in volunteer leadership roles in both TRB and AASHTO. He chaired a number of TRB committees, including serving as chair of TRB’s Executive Committee in 2011. He was also chair of the SHRP2 Technical Coordination Committee for its Capacity focus area from 2005 until joining TRB staff in 2012. At AASHTO, he was vice chair of the Standing Committee on Highways from 2007 to 2011 and several AASHTO policy committees.

The views of the lecturer do not necessarily reflect those of U.S. DOT.

Read the news story and view the video from this event.